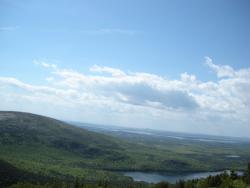 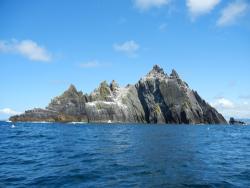 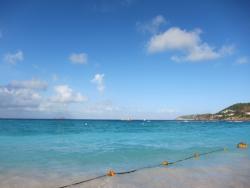 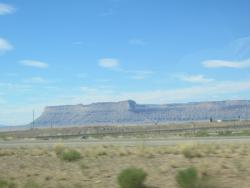 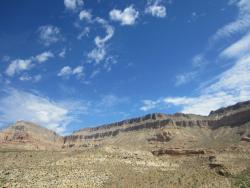 I see that I've been relegated to the second column on Brian's blog so it looks like it's time for a monthly update! 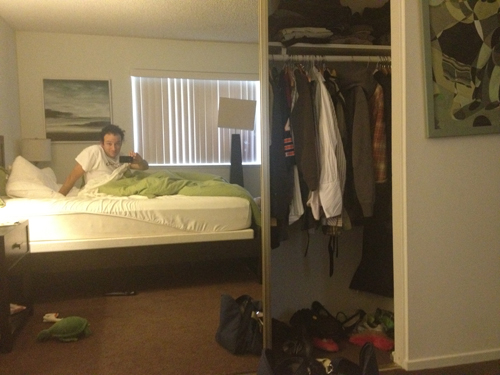 7:30am: Waking up at the crack of crack. Oh wait, that's Charlie Sheen. 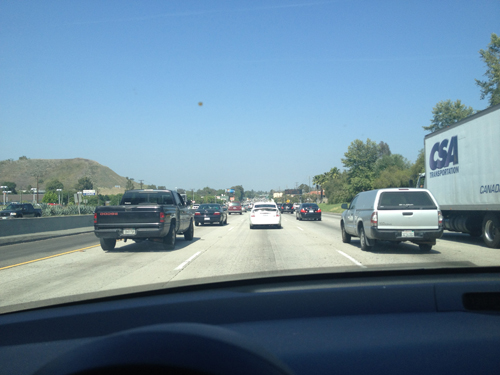 7:50am: So this is the amount of traffic on a Saturday morning. It's probably because everyone was taking pictures for 12 of 12. The smog, which you can kind of see, is hiding the fact there's a huge mountain range right in front of me. It's quite disgusting if you think about it so I try not to think about it. I'm on my way to the gym so I don't gain the Machu Picchu weight back. So far, so good. 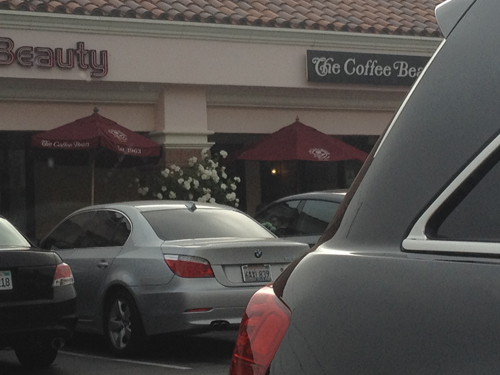 9:00am: The Coffee Bean where I got my big acting break. I wasn't at the gym for very long but my knees has been bothering me so I have to skip all the boring cardio and straight to alternating sets of triceps and crying. 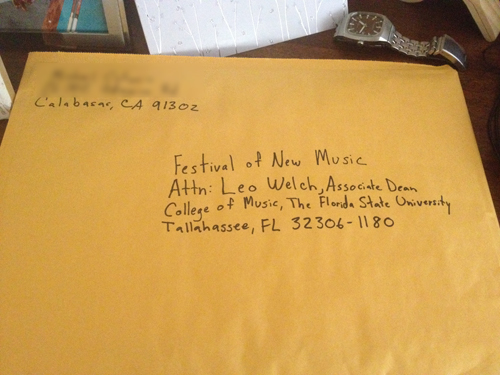 Oops, forgot to send my score off. This is a good piece so I'll be pretty pissed if it doesn't get accepted. 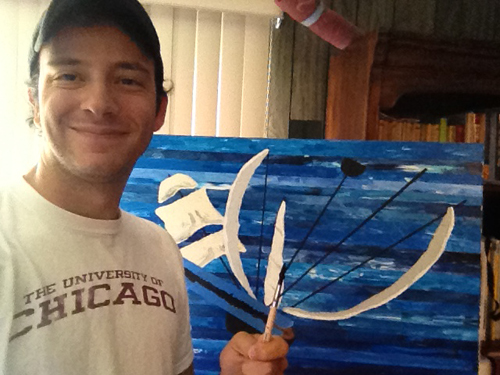 Noonish: Taking some time off from work to do some painting. 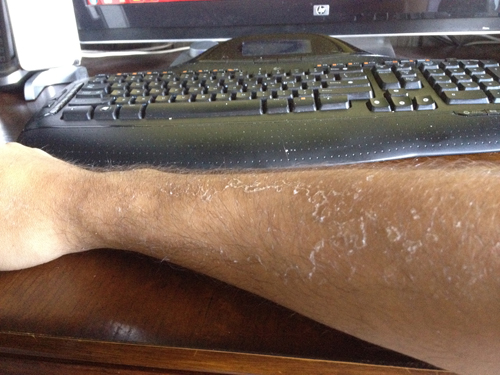 1:30pm: Back to work and looking at my gross, peeling arm. They're still peeling pretty bad. Why didn't I wear any sunscreen? Didn't I learn my lesson in Tallahassee a billion years ago? 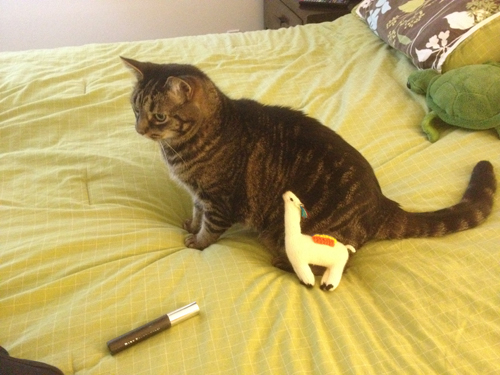 Baconater! The lover of bacon and the hater of being posed with Ali's Machu Picchu llama. I should have posted the picture where he was beating it up. 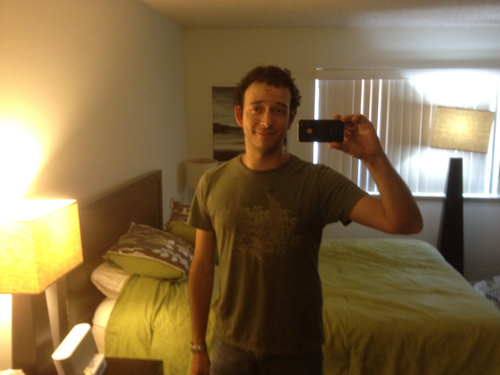 4:00pm: Obligatory post-shower picture before Ben and Glenda come over for grilling. 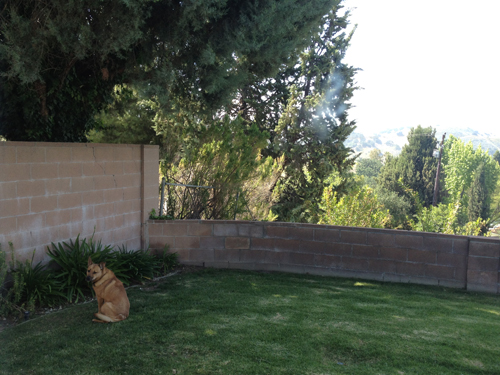 4:30pm: It looks like I'm making Chompy sit by herself in a corner but really she's just waiting for the lizard that lives in the bushes to come out so she can attack it again. 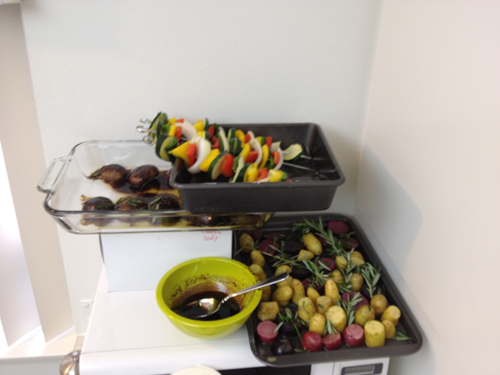 6:00pm: Who single-handedly prepped all that food and got the cake on which it sits? This guy! 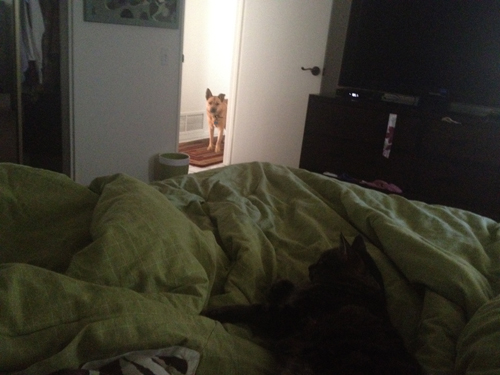 10:00pm: Checking in on the Baconater since he was exiled to the bedroom while people were over. 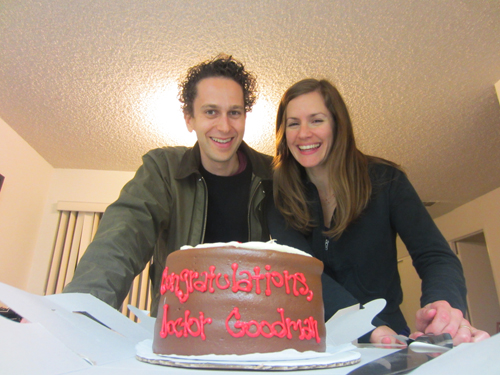 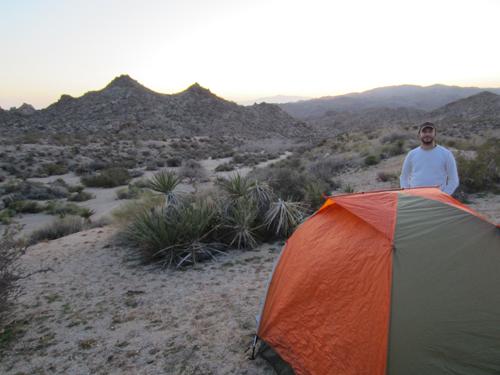 Things I thought I would think while camping in Joshua Tree National Park:
1) It's really pretty out here.
2) I can't believe how hard it is to set up a tent.
3) It's so weird being this far from civilization.
4) Man, the desert is hot.

What I actually thought:
1) There are a lot of rocks out here.
2) I can't believe it's so hard to set up a tent in a desert blizzard.
3) I get cell and data service everywhere. Excellent.
4) I need to stop saying "I wouldn't kill you but you're in my house" before I kill a spider/mouse at home. 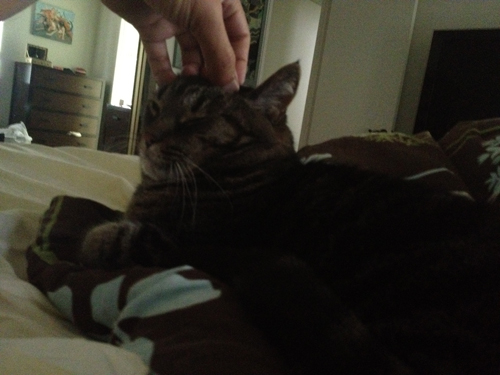 Starting the first day of Daylight Savings Time with my favorite cat, The Baconater. He's only nice to me when he wants food but that's more than why most people are nice to me. 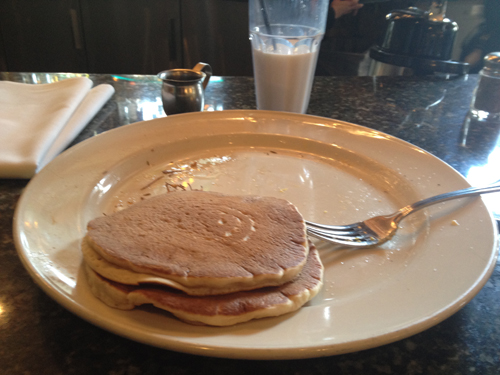 Finishing up my breakfast at The Marmalade Cafe. Unfortunately, I have no celebrity sightings to report although that's probably my fault more than the celebrities' since unless they're Brad Pitt-caliber I don't know who they are. 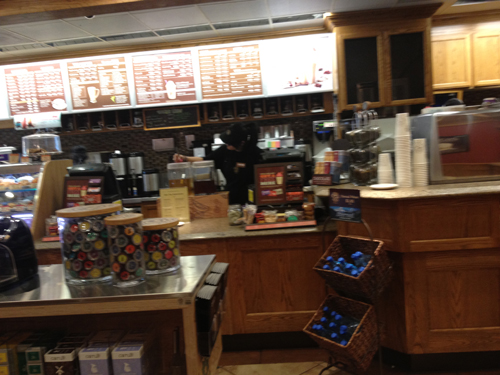 At the Coffee Bean. This was taken about five minutes before I was asked to be the lead in a serious play. It was a pretty weird day considering my last acting experience came in a 4th grade musical. 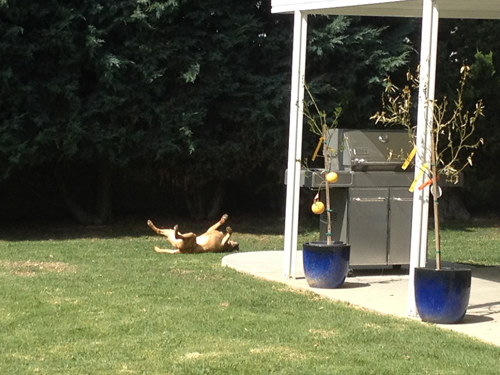 Chompy enjoying her Glory Years in the backyard. 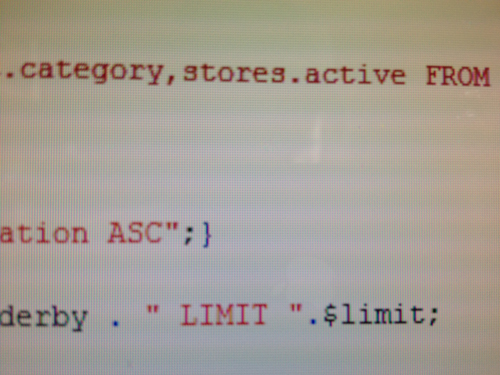 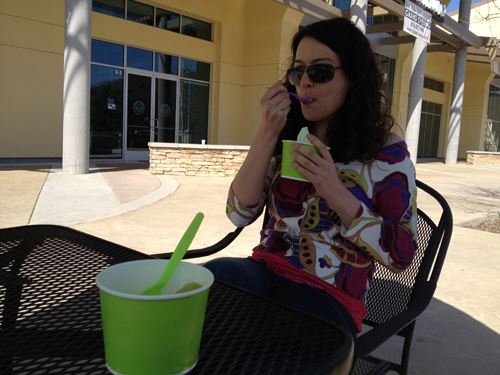 Yogurt break at the the place run by-seemingly--a bunch of Eastern Europeans that were promised jobs being models in America. 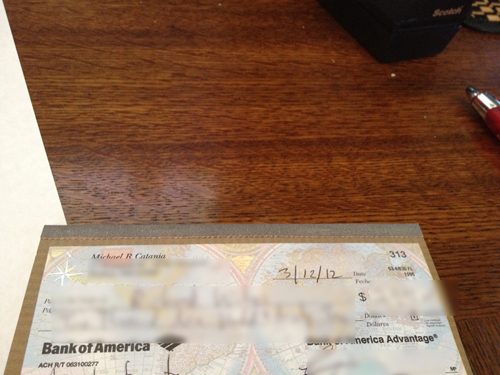 Buying myself a couple new instruments because I'm worth it. 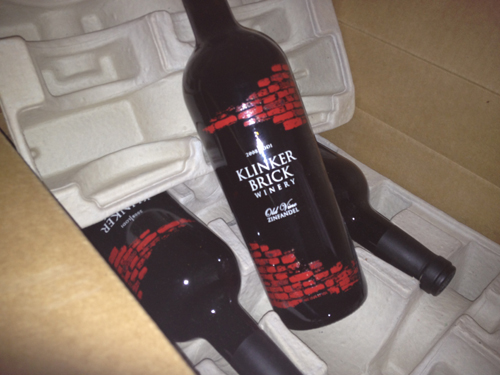 Finally, my case of 2008 Klinker Brick came. Liking is it like your favorite car being a 2001 Toyota Corolla but whatever. Getting a case of 2008 has been more of a hassle than I was anticipating. 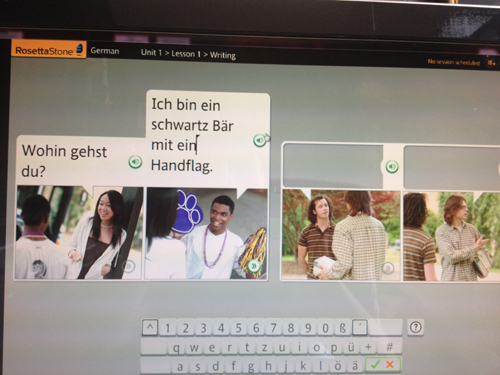 Trying to improve myself by learning German via Rosetta Stone. I generally get perfect scores on the speaking and vocabulary and failing scores where I need to figure out when to use ein or eine or einer or einem or eines or einex or eienz.

Settling in for a dinner party with Ali's friends Glenda and Ben in Hollywood. 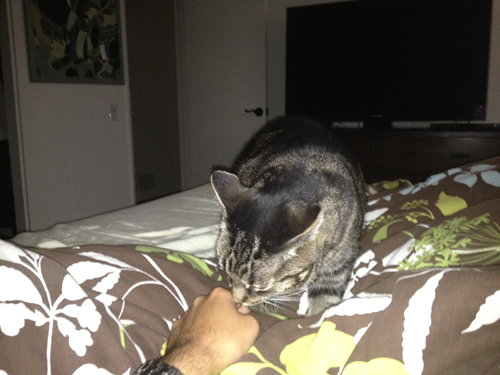 The Baconater reprising his role in the bedtime process. 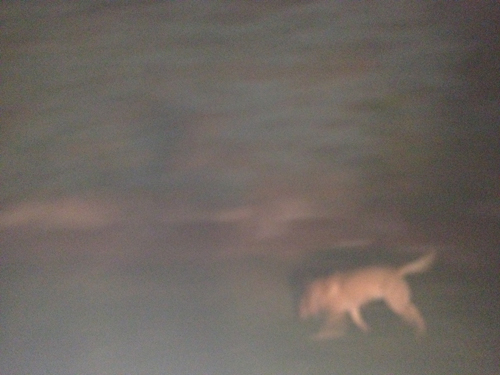 Letting Chompy out so late with three rabbits in the backyard was a bad idea. For 12, she is really, really, really fast if there are things she can kill and eat available to her outside.

BONUS: Editing scores is just as much fun as it was ten years ago.

I'm so old. I'm so old that when I was growing up and you wanted to play or write music you actually had to learn an instrument. Can you believe that? I couldn't even synthesize sounds and have software auto-arrange them into pleasing (if not harmonically irrelevant) patterns! What a hassle that was, having to sit in front of piano and/or drum set for hours a day playing the same things over and over when I could have just been playing on the not-yet-invented Facebook and spending $400 on some software package that could churn out a bunch of ambient noise. I was so stupid! If only I could have been born 20 years later! Ugh! 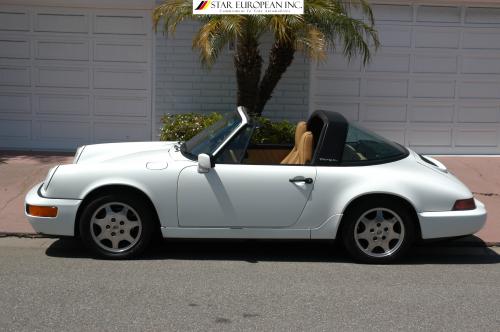 If I buy myself a 20 year old car does that make me a douchebag? You see, I'm quite happy with Nicole but when I bought her I was anticipating plowing through huge snow drifts on my arduous commutes down Route 3 to UML. Now, however, with the temperature dutifully staying in the mid-70s year-round I was thinking that it might be nice to get myself Dream Car.

As far as Dream Cars go, I don't think a 1991 Porsche 911 Targa is really that excessive. It costs less than a new Honda Accord and while it doesn't get any better gas mileage than the Acura I think it would be fun to drive it up and down the terrifying Mulholland Drive on my way to Malibu.

How pretentious is that last part anyway? F-it. I'm getting it.